well today was not a walking day. i went to walk but the sea was scarily high and i didnt fancy going for a swim. the sea was literally over the promenade i walk along which is about five metres about the beach, it was high! i took pictures of course, i did take the from a safe-ish distance but i did get splashed a lot. 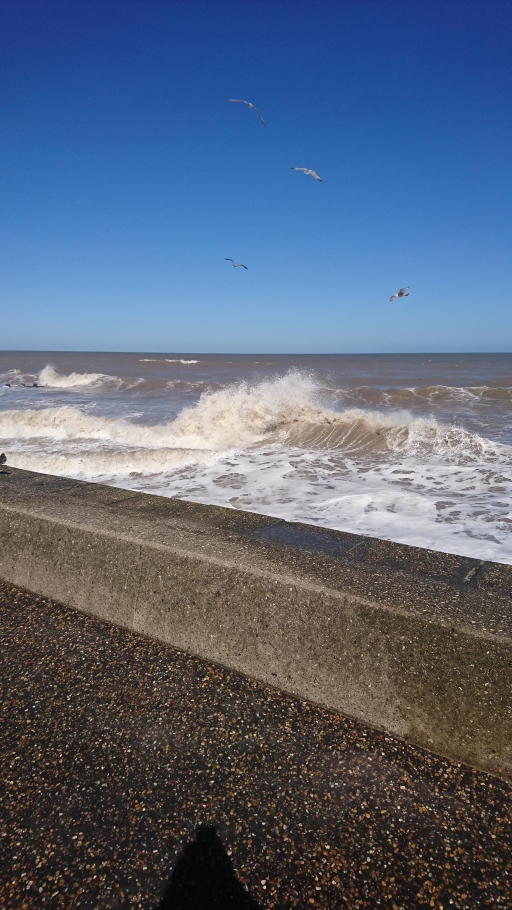 i came home from my non-walk and decided to mow the lawn because i needed some exercise and thats all i could think of doing. the lawn is about a five metre square so it didnt take long at all. it was nice to get in the back garden though, its sunny but cold, thatll do it for me though, im happy if only one aspect of the weather is good. i took a picture of that too! i think i might be taking too many pictures. 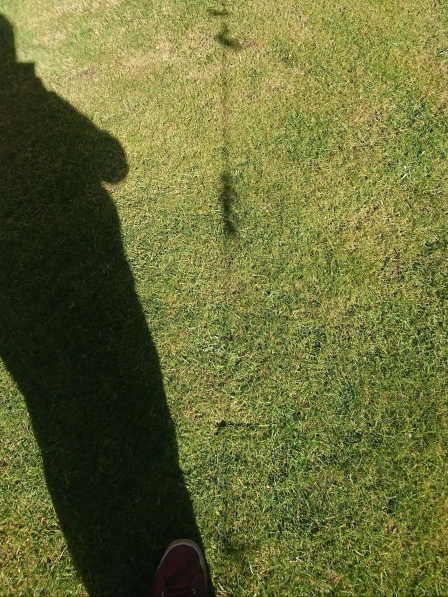 as far as my head goes its doing ok. i think i needed the talk with my therapist yesterday. i manages to clear a lot of stuff that was on my plate which was good, i now have a slightly emptier brain of bad stuff, i suppose its ready to be refilled with more stuff, but i can dump it all again i hope. i’d rather be bored than have it all in my head, i know that one for sure!

i havent lost any weight which is annoying. i know im not trying but i’d like to lose some with the change in lifestyle. oh, i phoned up the volunteering people because i havent heard from them, it went to voicemail and i left a message, that was two and half hours ago now. i dont think im expecting a call back, and if i am expecting one ive not got a lot of hope. i wanna just start getting on with it y’know, i just want to get busy in my life!

believe it or not, this is a short blog post today, about half what i usually write, and im off now. i might come back later, but as you know, if i do come back today its probably because something has gone wrong.

View all posts by uniqueblogme

This site uses Akismet to reduce spam. Learn how your comment data is processed.